Happy Monday!!! How is your January going? Or, WHERE is January going, is more like it? I have blinked and two weeks of the year are gone!

In the first two weeks of January, I hosted a baby shower for my niece in Charleston (more on that trip coming soon) and I have been working like crazy (that’s a good thing!).  While blogging is my “happy place”,  I find that it is the one thing on my schedule that doesn’t have an imminent deadline, and thus, sometimes days go by and it just doesn’t get finished.

But, here I am today…to share the latest and greatest in the world of hotels for 2017! Here are five truly spectacular newly opened or soon to open hotels to keep your eye on… 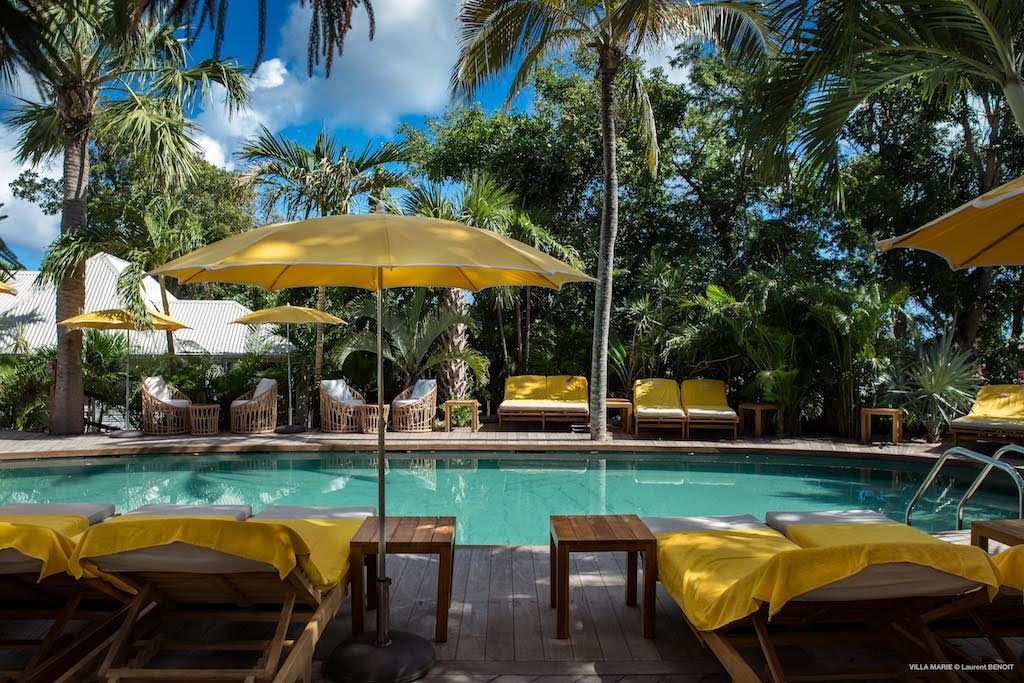 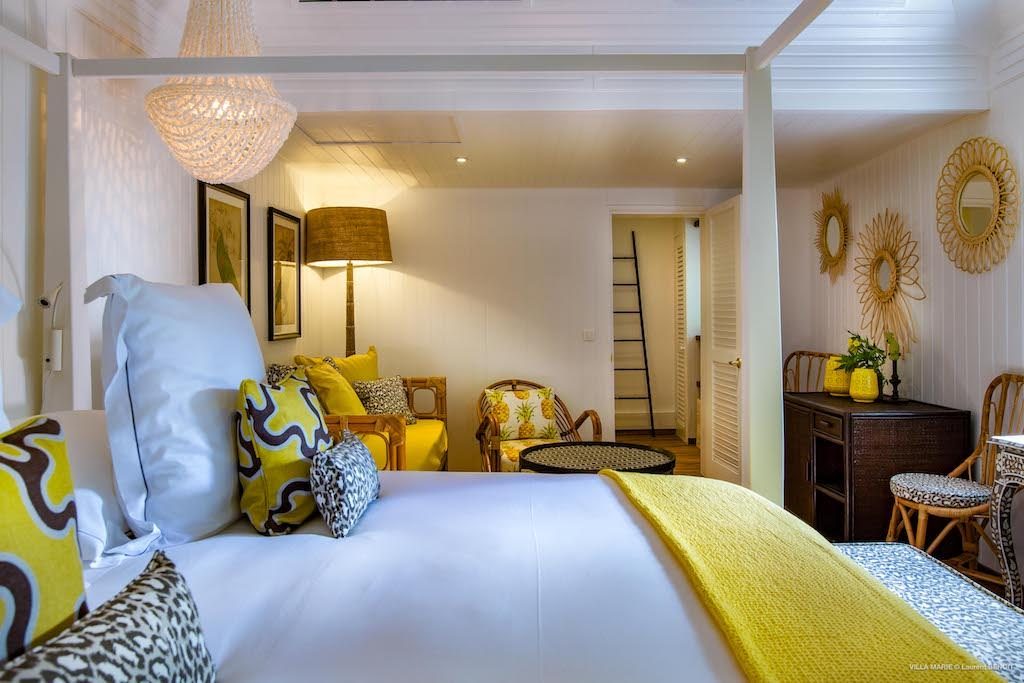 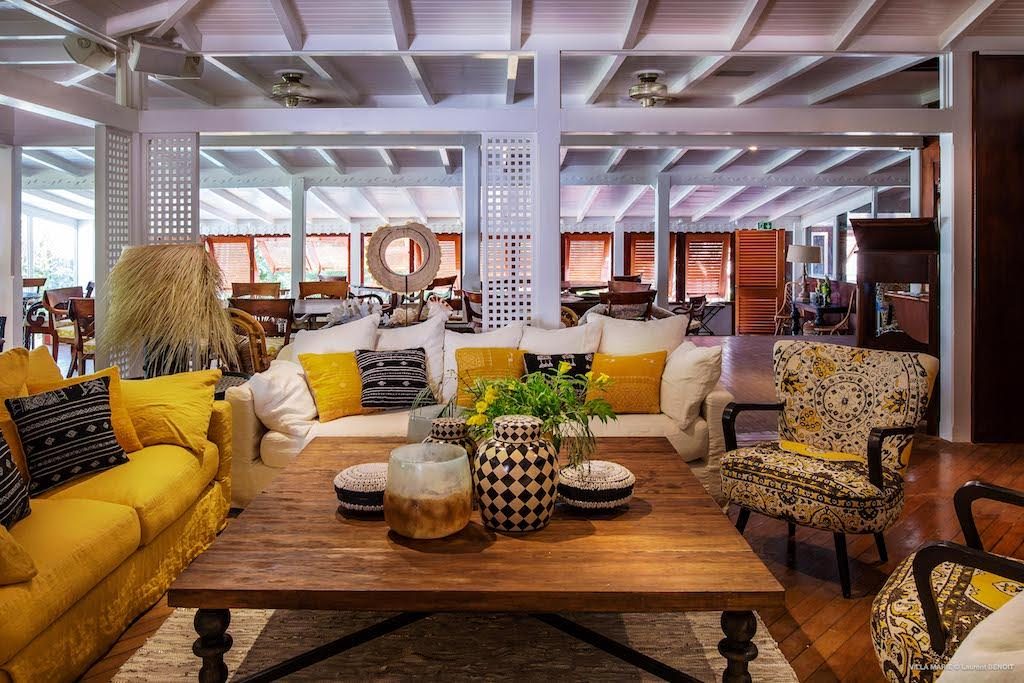 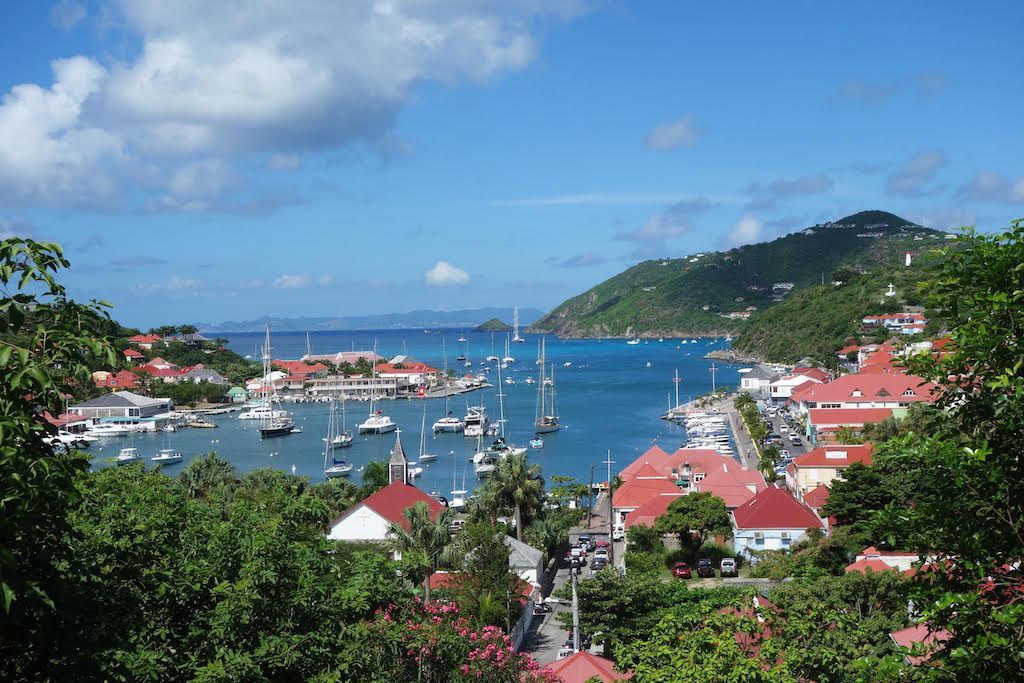 Recently opened on St. Barth’s, in the hills above Columbier and overlooking the spectacular Flamands Beach, is the stunning boutique property, Villa Marie Saint-Barth.  Their 18 bungalows and villas, most with ocean views,  offer “laidback luxury” at its finest.  Each room is individually decorated with vibrant hues inspired by the island’s surroundings, combined with a touch of French chic, as would be expected from a hotel with French owners.  Add the signature restaurant, Francois Plantation, featuring sophisticated Caribbean-accented French cuisine, the Rum Bar offering a selection of 26 rums and an ebony bar and the Pure Altitude Spa, and I know what my plans would be for a perfect day at Villa Marie Saint-Barth – pure relaxation.

Having perfected their own particular art de vivre in the Alps with hotels such as Les Fermes de Marie in Megève, Altapura in Val Thorens or Cour des Loges in Lyon and on the exceptional destinations on the Mediterranean coast with Villa Marie Saint-Tropez or La Bastide de Marie in Provence, the Sibuet family has sought out new horizons and found a rare treasure: a charming property in the colonial style that dominates island and ocean alike in Saint Barth’s.  {See my post on La Bastide de Marie here.} 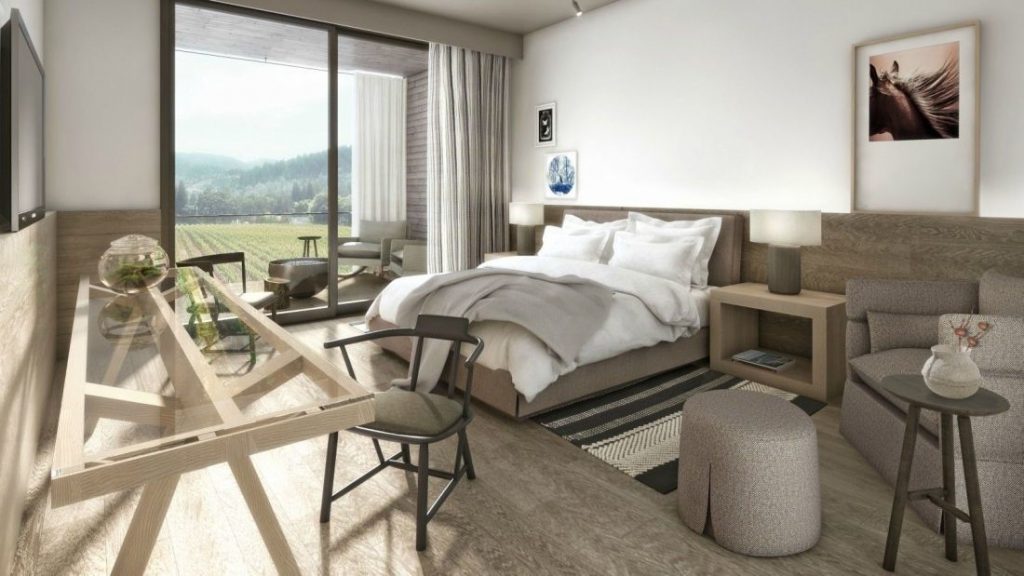 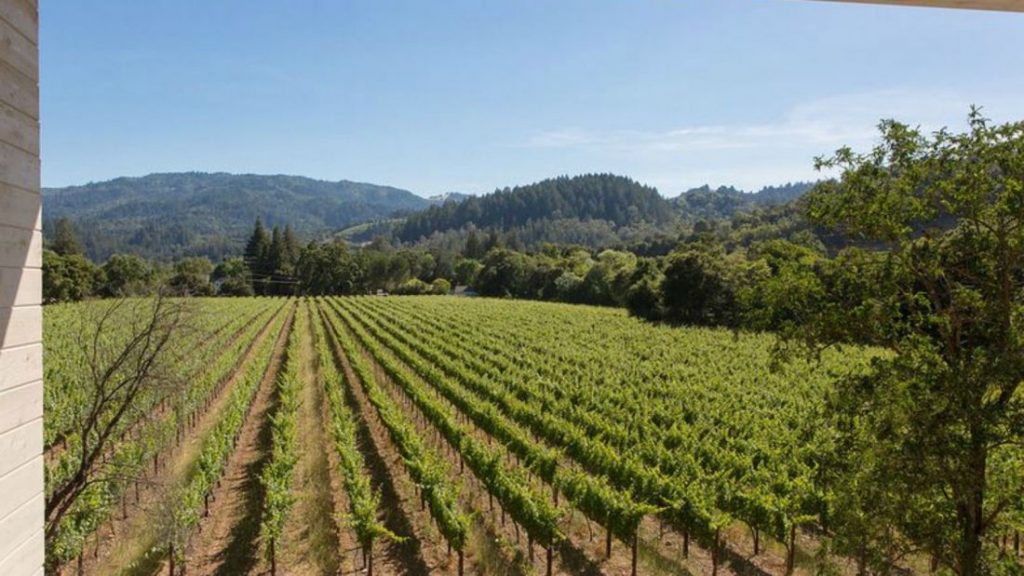 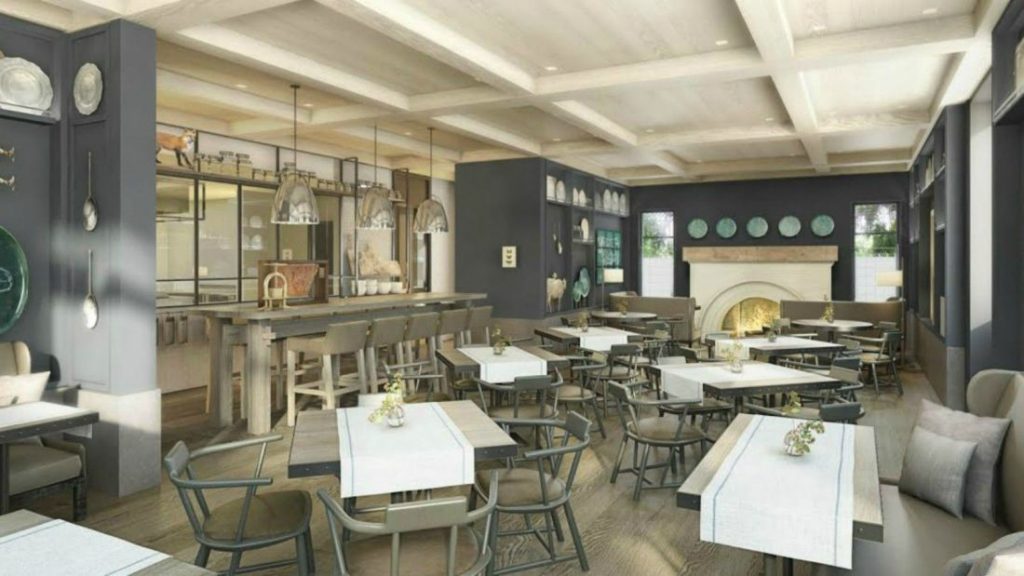 With 68 rooms and suites overlooking the vineyards, including 10 with outdoor soaking tubs, Las Alcobas will open February 21st.  In addition to their ultra-luxurious rooms, they will have a 3500 sf spa and, Acacia House, a “seasonal California” restaurant run by Top Chef winner, Chris Cosentino. They also will be offering complimentary transportation to many of the nearby tasting rooms. Las Alcobas is on the grounds of the Beringer Winery in the heart of St. Helena – my favorite little village in Napa. The Culinary Institute of America’s Napa location is just steps away.  They also have rooms with two queen beds, surprisingly a rarity in Napa, which means it is the perfect destination for girls’ weekend! Blogger trip, perhaps?

Centered in the heart of St. Helena’s Napa Valley, Las Alcobas, a Luxury Collection Hotel provides memorable and renowned local attractions.  Whether you walk to world-class wineries, delight your senses in unforgettable restaurants, or simply experience the beauty of Napa at a park, our resort is ideally situated to immerse yourself in all that Napa Valley offers. 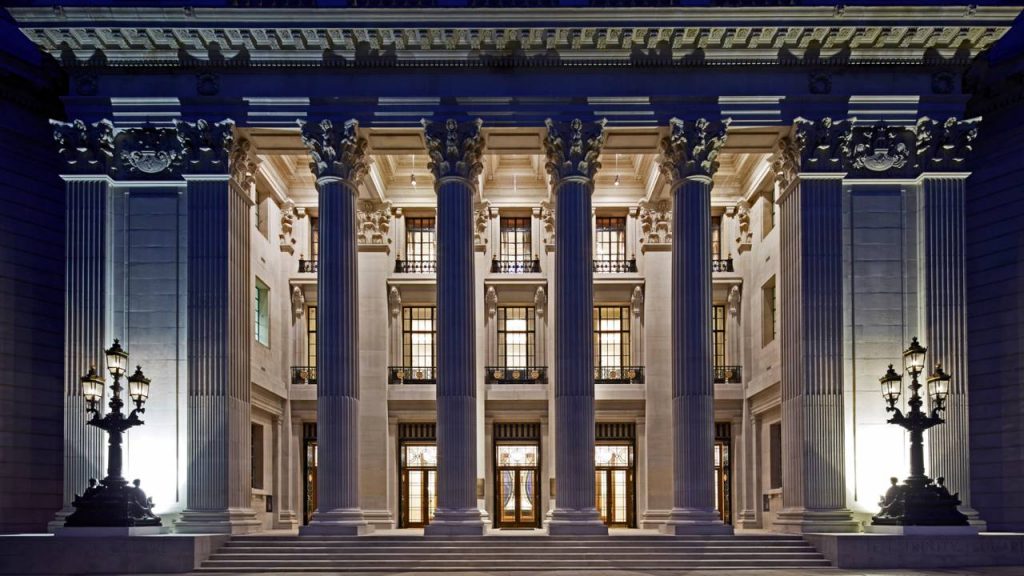 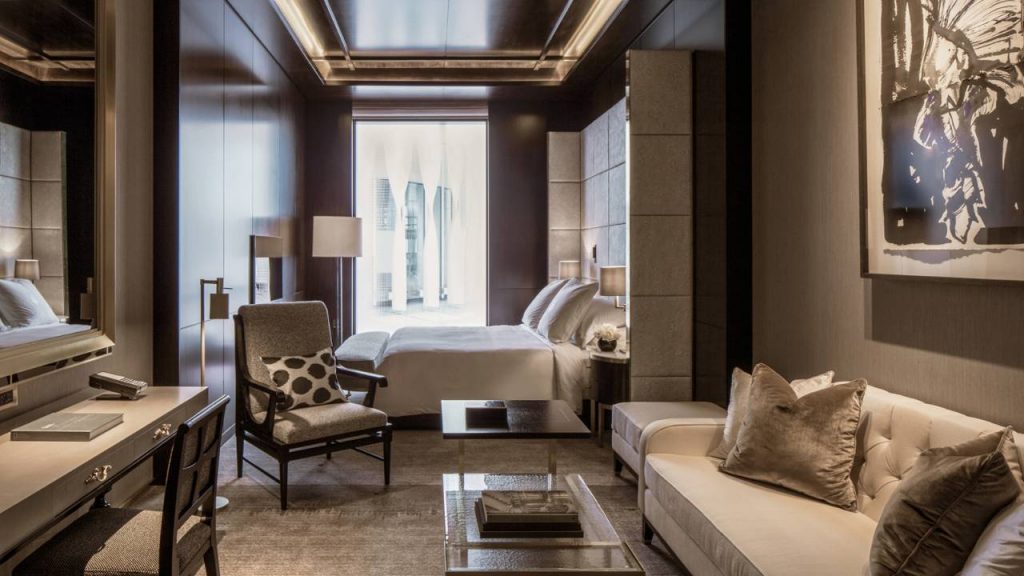 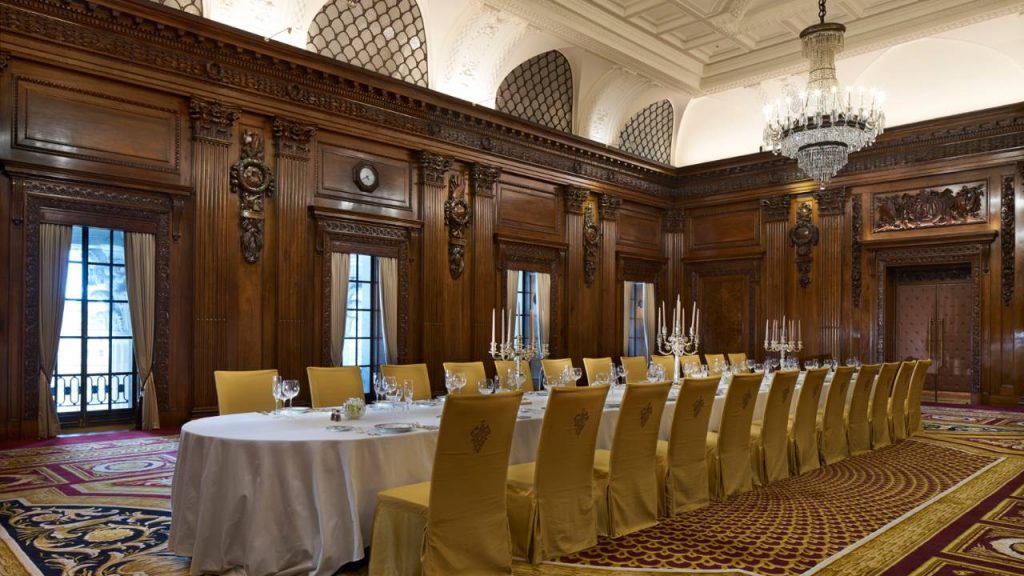 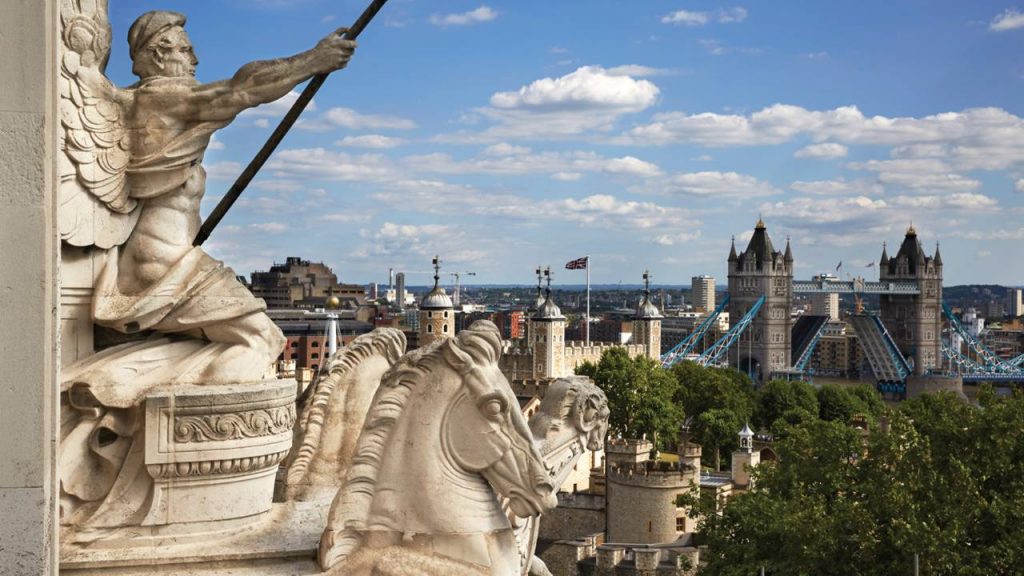 Opening on January 26th, the new Four Seasons London at Ten Trinity Square juxtaposes chic contemporary design with landmarked architectural details in a building dating from 1922. With 100 rooms, including 11 suites, and 41 private residences, the hotel is ideally situated on the banks of the Thames near the Tower of London and St. Paul’s Cathedral.  The room to book – one of the  Heritage Suites with 16 foot ceilings, a working fireplace and ornate original plaster work, meticulously restored by master craftsmen.

Located in London’s most historic area – close to illustrious neighbours such as the Tower of London and St. Paul’s Cathedral – Ten Trinity Square has long been regarded as one of Britain’s finest architectural landmarks. 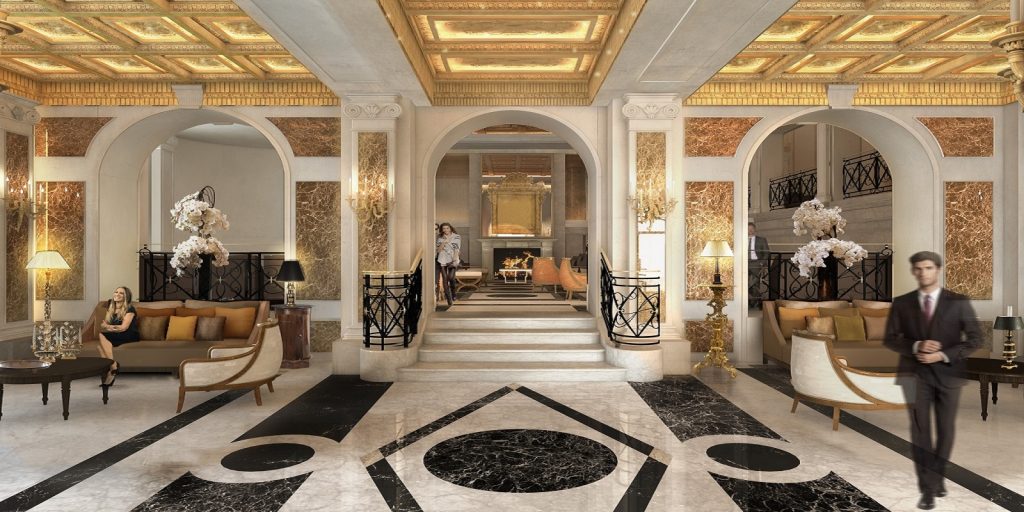 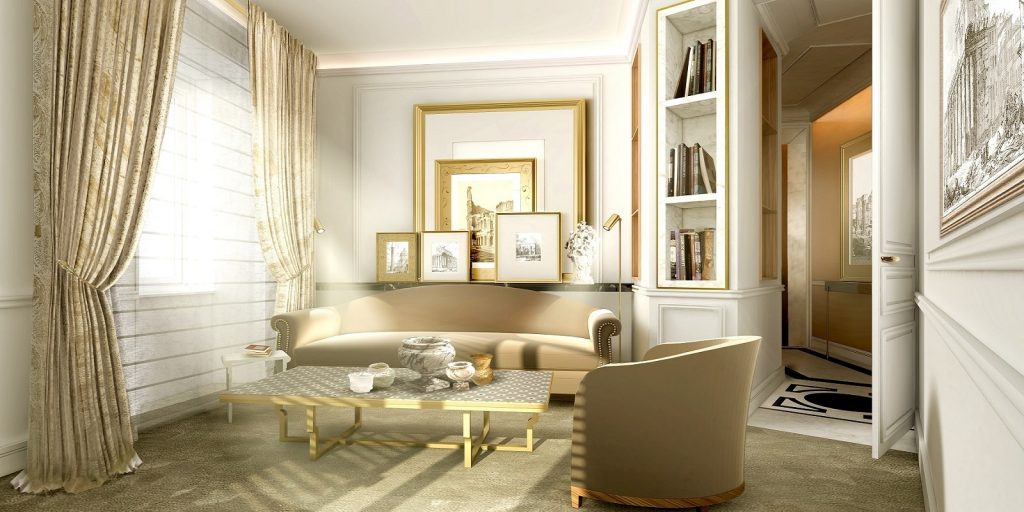 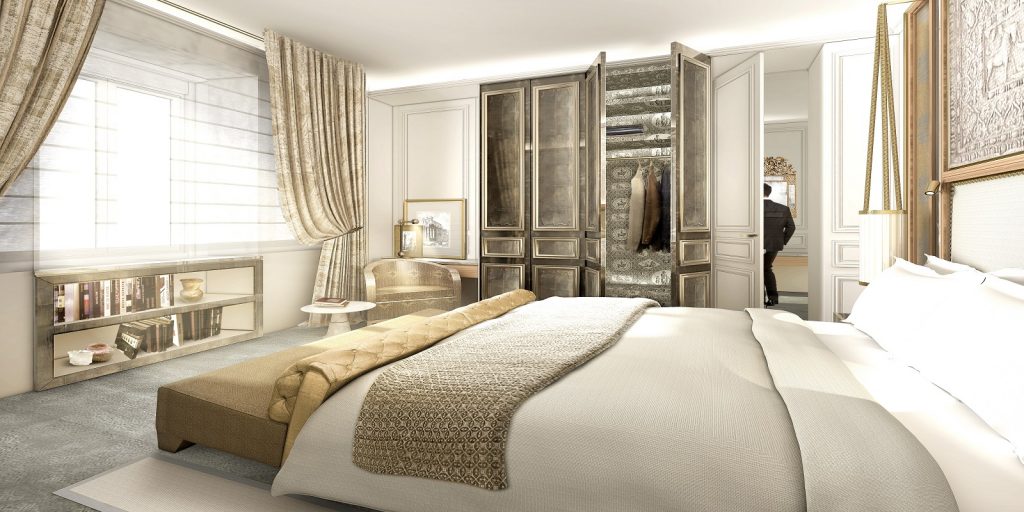 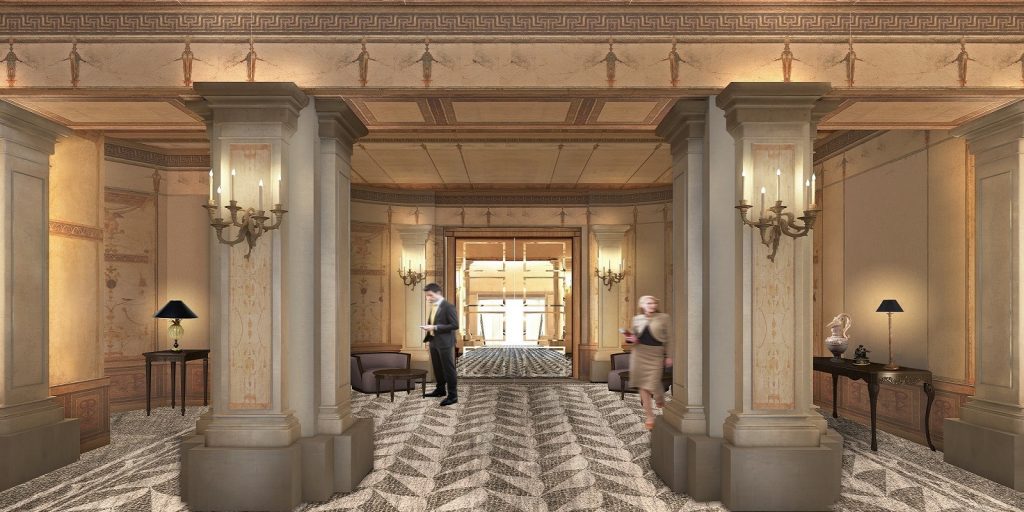 I am literally counting the days until the Hotel Eden reopens it doors in April –  I am going to be one of their first guests when I am in Rome this Spring! Upon their reopening, after closing for two years for a full renovation, the Hotel Eden, will join the prestigious Dorchester Collection. The Eden is  in the fashionable Ludovisi district of Rome – between the Spanish Steps and the Borghese Gardens. The classic Roman touches that have been synonymous with the Eden for 125 years will remain, including the exquisite rooftop restaurant La Terrazza with its sweeping views of Rome.

The beautifully redesigned 98 rooms and suites will offer a luxurious and classical feel with fine fabrics and elegant artwork in an atmosphere reminiscent of an elegant private home. Guests will enjoy modern luxuries such as master controlled lighting and climate control, high-speed Wi-Fi, Bang & Olufsen televisions and sound systems with Bluetooth connectivity. All guestrooms feature stylish marble bathrooms and have a selection of indulgent Bottega Veneta toiletries. 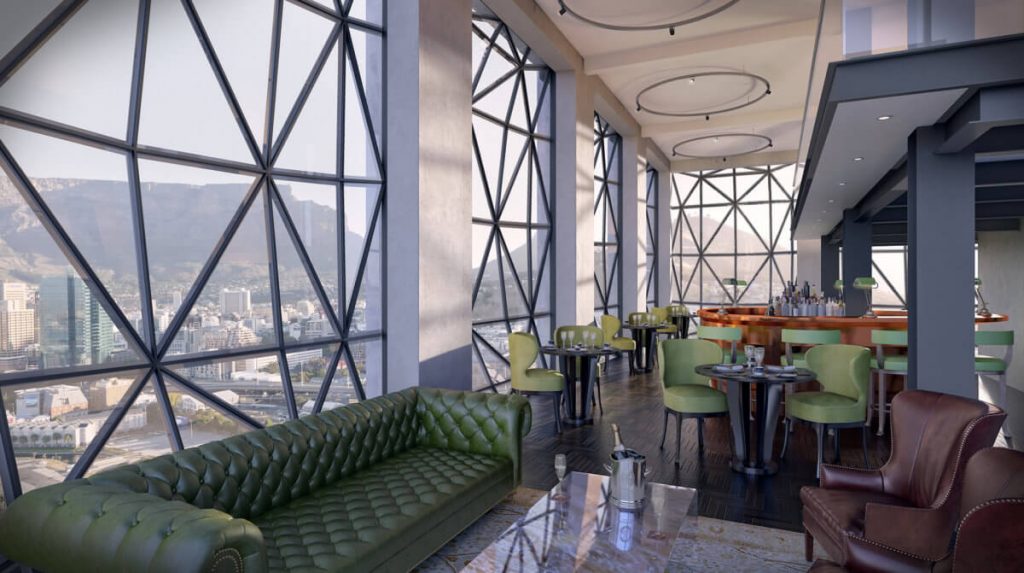 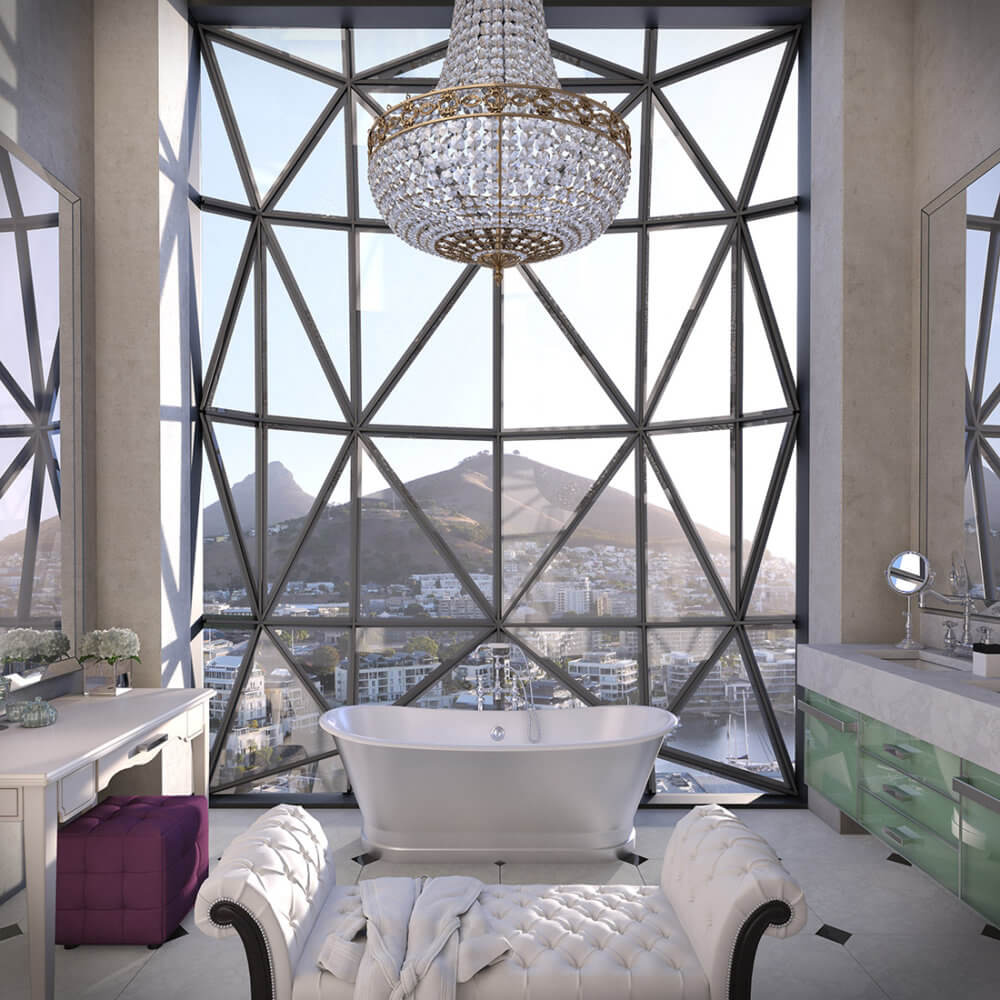 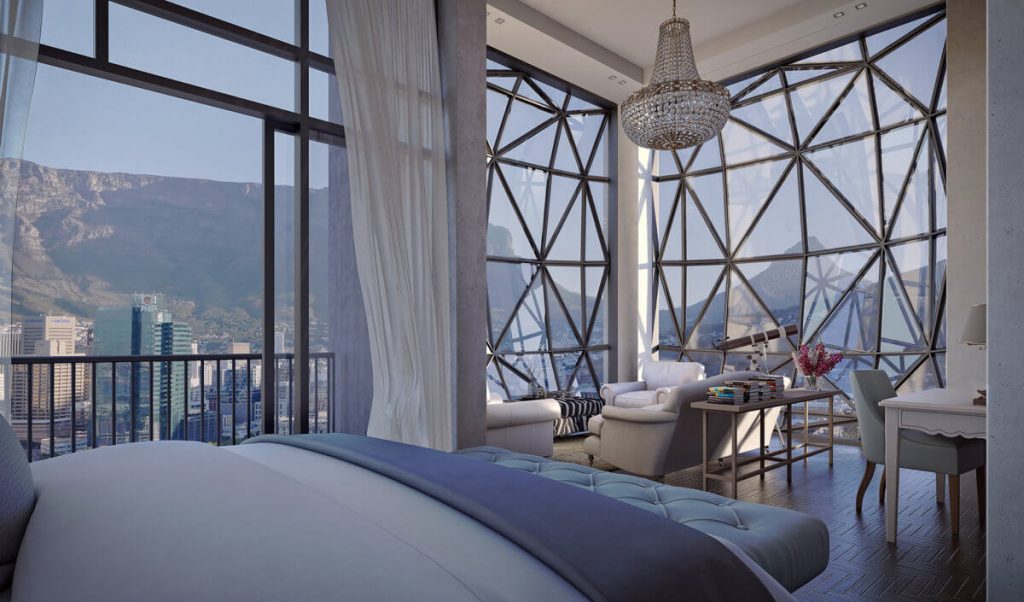 Photos via The Silo

Opening in March, The Silo in Cape Town, South Africa has been built on the top six floors of a 1924 grain silo complex, which will also house the Zeitz Museum of Contemporary Art Africa (MOCAA). With just 28 rooms and stunning ultramodern/industrial design, it is no surprise it is one of the hottest hotels slated to open this year. The Silo is set to be the hippest new hotel in Cape Town. The hotel will be part of The Royal Portfolio hotel collection and will have a restaurant overlooking Table Mountain, a spa, and a rooftop pool and lounge.

Heatherwick Studio was tasked with the transformation of the elevator house and the adjacent storage annex of six rows of seven silos, while carefully retaining its cultural significance and creating a building that will be as synonymous with the Cape Town skyline as the Eiffel Tower is to Paris. From the outside, the greatest visible change to the building’s original structure will be the addition of pillowed glazing panels, inserted into the geometry of the hotel floors, which will bulge outward as if gently inflated. By night, this will transform the building into a glowing lantern or beacon in the harbour.

What are YOU looking forward to in 2017 in the world of travel? Anything new on the horizon catching your eye? Do tell…

Cheers to a wonderful week!!