One of the most iconic images of the holiday season here in the United States is Santa Claus with his sleigh and reindeer, straight out of Clement Moore’s Twas the Night Before Christmas. Many Americans may not realize that there are as many Christmas icons as their are traditions around the world. Here are a just a few of them: 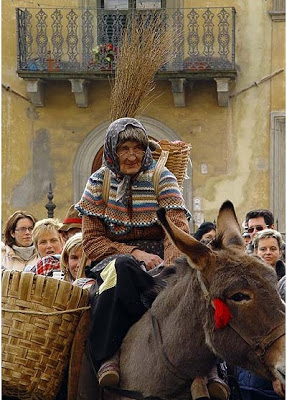 In Italy, La Befana rides on a broomstick, goes down the chimney and delivers candy and gifts to children on the eve of Epiphany (January 5th). 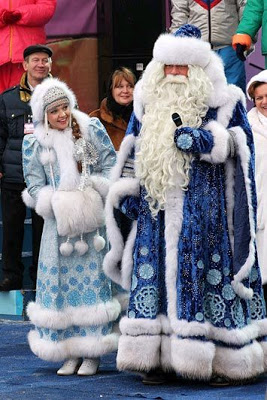 In Russia, Ded Moroz or Old Man Frost, delivers presents to children in person on New Year’s Eve. He is often accompanied by the Snow Maiden. 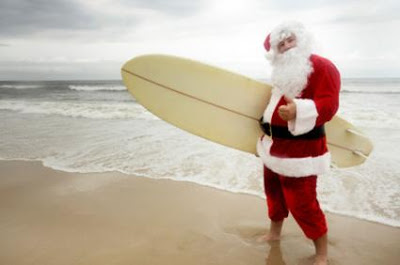 In Australia, Christmas is at the height of the summer, so Santa Claus often hangs out at the beach! 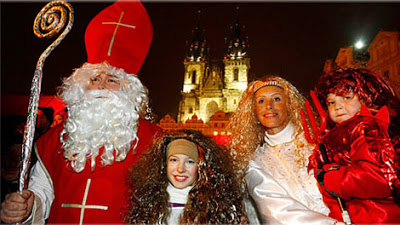 In many Eastern European countries such as the Czech Republic and Hungary, Mikulas (Saint Nicholas) travels with an angel and a devil as his companions and hands out goodies to children on the eve of St. Nicholas’ Day (December 5th). 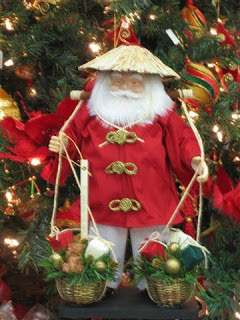 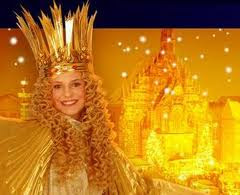 In parts of Germany and Austria, Christkind is an angelic figure who brings gifts to children on Christmas Eve. When she has left, the parents ring a bell to indicate it is safe to come out and discover what she has left under the tree. 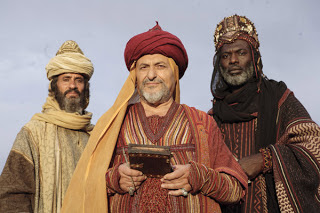 In Mexico, the Three Kings fill the children’s shoes with candies, oranges, tangerines, nuts, and sugar cane, and sometimes money or gold on the eve of the Epiphany. 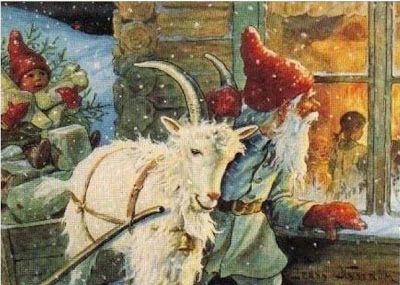 In Sweden, the Jultomte, an invisible elf,  traditionally present the gifts to childen on Christmas Eve. Some people still follow the tradition that each present should have a rhyme written on the wrapping paper, to hint at the contents without revealing them.
It sounds like Santa does indeed have many helpers – it gets tiring traveling the globe on Christmas Eve!!